What is an Operating System?

This week we are going to demystify what an Operating System is.  The term is sometimes shortened to OS as well.  Our mobile phones, laptops, PCs and servers all have operating systems to be able to run the applications and carry out the tasks we require of them on a day to day basis.

So, what is an operating system?  It is the primary software installed on a device that manages and coordinates the hardware and software installed on the device.  It provides us as the user with an easier way to interact with the device.  It manages all devices which provide input to the device and sends information to output devices.  It does this with software called drivers which are written by the hardware creators to allow it to communicate with other devices.  Common examples of Operating System are Windows, Mac OS X, Linux, Android, iOS.

To explain how this works, lets run through an example of a task many of us carry out on a frequent basis: printing a document in Microsoft Word on a Windows machine. 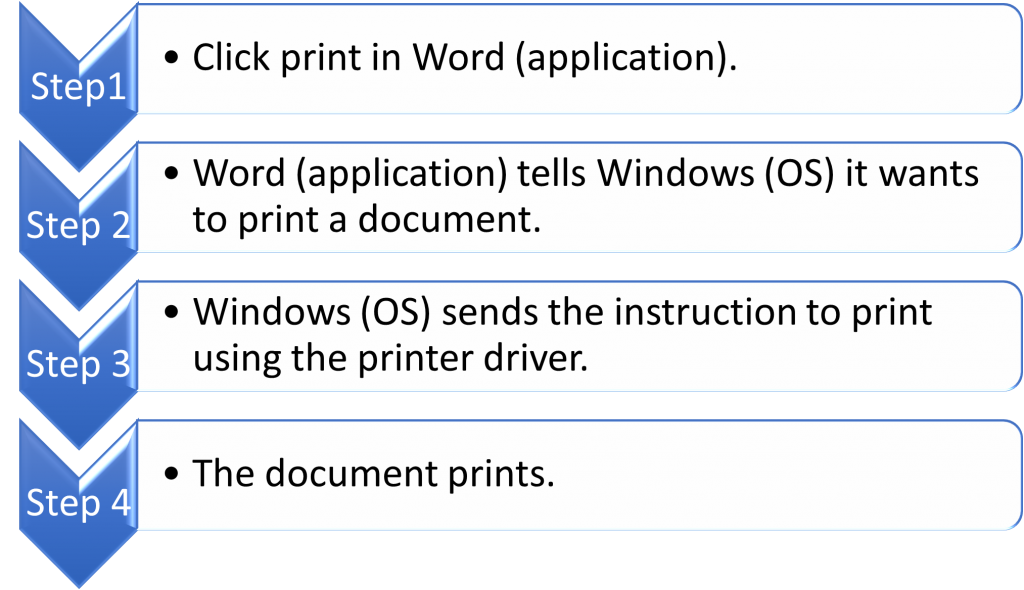 This means that your software programmes do not have to worry about all the different input and output devices that might be used, it just passes the instruction to the Operating System to deal with it.  Without an Operating System you could not run many of the programmes you use day to day as they would not be able to communicate with the hardware connected to your device.  It is a very important piece of software in our IT setup that often gets overlooked, but not today in our blog!